In June, Sha’Carri Richardson won the women’s 100m Trials in a time of 10.86 seconds, thrilling new and old fans alike. Richardson had taken the track & field world by storm back in 2019 by breaking the NCAA 100m record as a freshman. Following such a successful season, she decided to forgo college eligibility and run professionally, eventually signing with Nike. Many hoped, and expected, she would be a medal contender in Tokyo. Fast forward to July of this year and Americans were crushed to hear that Sha’Carri’s Olympic Trials performance was invalided due to a positive test for marijuana.

The way the United States runs its Olympic Trials is a little different than many other countries. Every year there is a USA Outdoor Track & Field championship, but during an Olympic year this championship doubles as the Olympic Trials. The top 3 performers in each event are selected to represent America in the Olympics and there isn’t much wiggle room beyond this clear-cut system. This means that if you have one bad day, one freak injury, or simply miss your race – you’re out. No matter your other performances in the season or how fast your personal bests are, you must place within the top 3 in this competition with few exceptions. Sha’Carri’s positive marijuana test resulted in only a 30 day suspension, which was up before the Olympics were even set to begin, but because it invalided that one crucial performance, she was left off the team.

Sha’Carri handled the situation well, despite the obvious ridiculousness of it all. Marijuana is legal in Oregon and she had found out that her biological mother had passed away during the trials, so she used it to combat stress. In interviews she admitted to being human, while at the same time pushing back against the archaic rule.

Where does WADA’s authority come from and how do its regulations work?

The World Anti-Doping Agency is responsible for monitoring compliance with the World Anti-Doping Code, a document adopted worldwide by countries’ governing sports bodies, international sports federations (IFs), and national anti-doping organizations (NADOs). WADA is not directly involved in the collection and testing of the sampling. That is the role of specific NADOs, but WADA oversees the detailed procedures and accredited laboratories responsible for testing.

In the event of an adverse finding, the Code (Article 14.1) specifies that “The athlete’s National Anti-Doping Organization and International Federation and WADA shall also be notified not later than the completion of the process described in Articles 7.1 (Initial Review Regarding Adverse Analytical Findings) through 7.4 (Review of other anti-doping rule violations). Notification shall include: the athlete’s name, country, sport and discipline within the sport, the athlete’s competitive level, whether the test was in-competition or out-of-competition, the date of sample collection and the analytical result reported by the laboratory. The same persons and Anti-Doping Organizations shall be regularly updated on the status and findings of any review.” WADA itself is not responsible for disclosing the findings. That is usually left up to the NADO in charge of the findings, or in many events is divulged by the athletes themselves. Following any adverse findings, disciplinary actions are issued.

WADA maintains not only the Code, but also the prohibited substances list. Despite marijuana being legal in many states and countries, WADA as an independent agency is still free to list it as banned for in-competition use at its discretion. There exists little recourse for athletes, barring an approved therapeutic use exemption.

Perhaps resulting from the the harsh backlash in the media following Richardson missing the Olympics, WADA seems to be taking a more progressive stance by reevaluating marijuana’s banned status. One vocal critic of the policy was our very own United States Anti-Doping Agency, along with many athletes, politicians, and celebrities. In addition, “following receipt of requests from a number of stakeholders, the [advisory committee] endorsed the decision of the List Expert Advisory Group to initiate in 2022 a scientific review of the status of cannabis,” WADA recently said in a press release. Marijuana will remain on the prohibited list for 2022, but hopefully the time is nearly up for this antiquated prohibition. 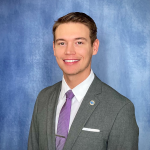