Eric Wood’s odd two-minute “retirement” press conference may have been without precedent in NFL history, but the contractual dispute over his bonus money may not be.

On January 29, 2018, the Associated Press reported that Wood’s retirement was held up by uncertainty over Wood’s bonus earnings from the two-year extension he signed with the Buffalo Bills on August 26, 2017. Because the Bills already rolled over their 2017 salary cap space and cannot release Wood until the new league year starts on March 14, 2018, the team could not sustain the cap hit of his retirement—hence the awkward presser.

Sources indicate the Collective Bargaining Agreement’s provisions on compulsory return of bonus money after retirement due to career-ending injury is a gray area. It is unclear whether the Bills can ask Wood to give bonus money back (where it would not count against the salary cap), or whether his career-ending injury prohibits them from doing so. The injury wrinkle of the bonus/retirement issue seems to be a novel one for a player of Wood’s caliber.

But this would not be the first time a retiring NFL star had a bonus dispute with his team. The seminal example was Barry Sanders, who famously retired early from the Detroit Lions in 1999. The team sued to recoup $11 million in bonus money, and the parties ended up in arbitration, where Sanders was forced to give up a portion of same. Then in 2004, after Ricky Williams’ sudden retirement from the Miami Dolphins before training camp, an arbitrator ruled that Williams breached his contract, and he was ordered to repay the Dolphins more than $8.6 million in bonus money.

Those cases differ from Wood’s not only because of his injury status, but because there was animosity between Sanders/Williams and their respective teams. Any Bills fan will tell you that there is no such hostility concerning Wood, a model on- and off-field player since the Bills drafted him in 2009.

Wood’s case is more likely to go the way of the Lions’ Calvin Johnson. The wideout stunningly retired in his prime in 2016, but he decided to circumvent a contentious, drawn-out spectacle by paying Detroit back $1 million of his signing bonus—more than triple what many CBA experts preliminarily thought he owed the team. Johnson also timed his retirement to allow Detroit optimal cap ramifications. Those two actions by Johnson allowed the Lions to take a $320,000 cap hit in 2016—instead of a $12.9 million one.

It would not be surprising for Wood to want to help the Bills to the extent possible after his unexpected retirement. The Bills should be careful, however, that the situation is handled as deftly as possible, lest they end up in a Sanders-esque legal and public relations nightmare regarding a fan-favorite, potential Wall of Fame player. 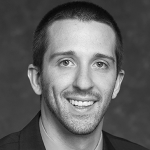