American philosopher and author, Ralph Waldo Emerson once said: “Money often costs too much.” Since Emerson lived only up until 1882, when the nation’s average yearly income was $345, I doubt he meant financial disputes over tens of millions of dollars. However, the underlying concept of Emerson’s observation remains the same: more money, more problems. Today, we address the NBA’s economic growth, while examining one of its former players own money related problems, and how the two may correlate.

The NBA continues to expand its brand, and economic reach, ensuring that it does in fact have more money, but with this economic growth and overall progression of the NBA, more money may in fact mean more money problems. According to an article written by Kurt Badenhausen of Forbes, as of February of this year (2018), “[t]he average team is worth a record $1.65 billion […] and every [NBA] team is worth at least $1 billion for the first time.” Commentators have credited much of the NBA’s economic success to the League’s dedication to international growth through content distribution, sponsorships and merchandise. Consider that the NBA launched NBA China in January of 2008. Just ten years later,  NBA China is worth more than $4 billion.

In recent years, the NBA has benefited from diversifying its assets.  Unfortunately, not every investment reaps this kind of outcome. Just ask Kevin Garnett, former star player of the Minnesota Timberwolves. Garnett recently filed a lawsuit against his former accountant Micheal  Wertheim and his firm for $77 million. The former All-Star’s lawsuit alleges that Garnett’s former accountant enabled wealth manager Charles Banks IV to steal $77 million from him. ESPN reports have confirmed that Garnett has filed a federal malpractice lawsuit contending that his accountant “possessed actual knowledge that Banks was helping himself to millions of dollars of Garnett’s money and did nothing about it.” Wertheim’s defense attorney denies the allegations and told reporters that his client would fight the lawsuit.

The lawsuit has been filed and moved to U.S. District Court in Minneapolis, and in case you were wondering why Banks IV has been overlooked in the above paragraphs, it is because he is not a named defendant in the lawsuit. There are a multitude of reasons that Banks IV may not have been named.  Garnett and his attorneys could have reason to believe Banks IV and Wertheim conspired to defraud Garnett, but Banks IV has no money, or it may be easier to avoid suing Banks IV as he was sentenced last year to four years in federal prison for defrauding another retired NBA star, Tim Duncan.

Now, the reason we all tuned in, lets talk federal malpractice. Generally, accountants have a fiduciary duty to their clients, and their conduct on behalf of their client must comply with the a nationally published set of accounting guidelines known as the Generally Accepted Accounting Principles (or “GAAP”). Most accounting malpractice lawsuits arise from a CPA violating one of these principles. The kind of conduct alleged in Garnett’s lawsuit is known in the legal world as a “tort”, or “wrongdoing, and is prohibited by the Restatement of Torts 2d.

Section 552 of the Restatement covers information negligently supplied for the Guidance of Others, and holds liable “one who, in the course of his business, profession or employment [. . .] supplies false information for the guidance of others in their business transaction.” If Garnett’s allegations are true, and Wertheim was aware that Banks IV was defrauding Garnett, that conduct satisfies the initial requirement of the Restatement. However, the battle is not that simple; the Restatement requires that the client have “justifiably relied” upon the information. Consequently, Garnett and his attorneys must show that Garnett’s reliance upon Wertheim was “justifiable” in order to hold the firm liable for the loss suffered by that reliance.

What does any of that have to do with the NBA? Oddly enough, it actually serves the discussion’s best interest to first discuss the NFL. The National Football League Players Association has pioneered their own Financial Advisor Registration Program that governs financial advisors to NFL players. The NFL gladly offers the “unprecedented, exclusive service” in order to protect its players financial interests. With the NBA’s consistent financial growth, should a similar program be considered to prevent situations like Garnett’s? What’s stopping the NBA from forming its own Financial Advisor Program? 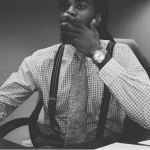