If Joe Rogan sued CNN over their coverage of his COVID spell, how would that look?

Over the course of the last two weeks, Joe Rogan has both contracted COVID-19 and recovered from COVID-19. Joe Rogan, podcaster and comedian, has been a public figure for a number of years, so his diagnosis and recovery were quickly picked up by the media.

To combat the virus, the former Fear Factor host and his doctors elected to “throw the kitchen sink” at COVID, which he says included IV drips, monoclonal anti-bodies, Ivermectin, and other remedies.

On his first podcast back since recovering from Covid, Joe and his guest Tom Segura (another comedian) opened the show by saying: “Bro, do I have to sue CNN?” He then referenced the coverage by CNN, particularly from anchor Jim Acosta. I was unable to find a segment by Jim Acosta speaking on Joe Rogan’s experience, but there has been a clip widely circulated with host Anderson Cooper speaking to guests with the CNN headline below “JOE ROGAN ANNOUNCES HE HAS COVID; PRAISES HORSE DEWORMER IVERMECTIN”

I, Andrew Eskandar, am not a doctor. I have absolutely no opinion or knowledge on the use of Ivermectin.  Here, I am merely trying to understand what a lawsuit between Joe Rogan and CNN would look like, given the facts above. With that said, let’s begin our quasi analysis.

WHAT WOULD JOE ROGAN SUE FOR?

Joe Rogan would likely sue on the grounds of defamation. Defamation is a false statement, about a person, that the speaker or writer knew or reasonably should have known was false, that harms the person’s reputation as a result of the statement being published to third parties.

Given this explanation, defamation is an exhaustive list of conditions. Therefore, Rogan would have to prove that 1.CNN made a statement, 2. That they knew or reasonably should have known was false & 3. He was harmed as a result of it. As one dives deeper into defamation, there are more variables, but for the sake of simplicity we will explore the issue primitively. Where Rogan is likely to face the biggest obstacle, as with many others in a defamation suit, is proving that he was harmed as a result of CNN’s alleged defamation.

Given the extremely tight timeline of the series of events, it would be incredibly difficult to prove that he was harmed by the headlines and/or commentators on CNN. Did a massive amount of people request refunds from his shows because of CNN’s comments? How can that be proven? Additionally, Rogan has an exclusive deal with Spotify,
Did Spotify stop paying after CNN broke the news? Given Rogan’s public persona, it would also be incredibly unlikely that he would assert that he was either physically or emotionally harmed by CNN’s actions either.

Therefore, for the anticipated lack of harm, at least in the legal sense, it would be unlikely that Rogan would succeed in a suit against CNN.

Also, the inflection in which Rogan said that he was contemplating suing CNN was incredibly passive, leading one to believe that a suit isn’t truly on the table. CNN & Rogan’s comments on the matter are linked below. 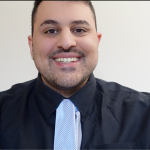