Its an NFL game, the end of regulation time and you are headed into OT.

The situation is different in the playoffs, however. If you win the coin toss, it is Goodnight Gracie – your team has won the game 10 out of the last 11 times. Seven of those wins were on the opening drive – so the opposition offense never set foot on the field.

Not that it is solace to Bill’s fans, but Mahomes knows what it is like to lose in OT without ever taking a snap from center – happened to him in the 2019 AFC championship game.

Time for sometime more sensible? Here is one proposal: Team 1 proposes the initial ball placement, and Team 2 decided whether to play offense or defense from that spot. So, for example, instead of getting the ball on the 25 after a touchback, maybe Team 1 says ‘Ball at the 10 yard line’. Not such an advantage getting the ball first.
A second proposal – do something more like OT in basketball: play a full 15 (or 10?) minute period. 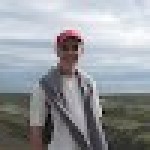