What is a Personal Seat License?

Using other NFL teams’ PSL agreements as a guide, we can begin to fill in the blanks of what the PSLs at the new Bills stadium will look like.  First off, it should be clarified that although you are buying rights to seats in a stadium, PSLs in no way convey any sort of legal property rights to those purchasing them.  So, unfortunately, you cannot rush out to buy Bills PSLs and claim you now own a piece of the soon-to-be built stadium.  The only thing you will be legally acquiring is a license and a right to purchase tickets.

In terms of the license itself, there is one further important point to keep in mind as well.  As a purchaser and licensee of PSLs, you will not just have the right to purchase seats, but you will also have the obligation to purchase seats.  All PSL holders are required, once they purchase the PSL, to buy season tickets each year by an agreed upon date.  If the PSL holder doesn’t purchase the season tickets by a certain date, they will likely lose all rights under the PSL, and the team will be able to then sell the PSL to those seats to someone else without refund to the previous PSL holder.  The PSLs also often confer a right to the licensee of first refusal for events like postseason games and other concerts or events held at the stadium.  The same obligation to pay for those events does not exist as it does for season tickets for the regular season.  In terms of postseason games and concerts, PSL holders have the first rights to purchase the tickets but wouldn’t forfeit their license if they choose not to.

Transferring PSLs and The Secondary Market

NFL Teams’ PSL agreements allow PSL holders to sell or transfer their rights in the PSLs.  Teams like The Browns allow for the free transfer of PSLs between individuals or businesses. The team requires that a nominal fee is paid to the Team and the Transferor and Transferee submit paperwork to the Team. The fact that PSL rights last so long for the PSL holder and that they are freely transferable has given rise to an intriguing secondary market for PSL resale.  Two notable third party PSL marketplaces are STR Marketplace and PSL source.  There, PSL holders can offer their PSL rights up for sale and interested buyers can submit bids to become PSL holders.

One of the most intriguing aspects of PSL secondary markets and the concept of PSLs in general is that fans purchasing these PSLs are essentially betting on either the continued success of a successful franchise or the rebirth of downtrodden franchise. In order to evaluate the concept that purchasing PSLs is essentially like placing the ultimate multi-year futures bet on your favorite franchise, I wanted to evaluate two franchises that offer PSLs that seem to have provided for a good investment with solid returns and one where early PSL purchasers would clearly financially be ‘in the red’ on their investment.

As an illustration of a PSL that is looking like a good investment today, let’s examine the Cleveland Browns. Although PSLs and season tickets seem to be currently sold out (there is a waiting list to pay to join), the Browns still list their PSL prices on their website. For this example, let’s look at one of their premium sections, ‘Club Prime Section 309.’ On the team’s official price list on their site, Club Prime Section 309 PSLs are listed at $1,500 per seat. This is a reasonable amount considering some PSLs in the largest markets are listed in the hundreds of thousands of dollars.  However, this official pricing is far different than what is marketed on the secondary market currently (remember these are officially sold out via the team).  On one of the PSL third party marketplace sites, STR Marketplace, the same section 309 ‘Club Prime’ PSL is listed at $9,000 per seat.  That is a 600% increase on investment for season ticket holders who purchased the PSLs from the team, assuming that there is actually a ready market willing to purchase at these prices on these third party PSL marketplace sites.  This is just the return on the cost sunk into the PSL itself and doesn’t take into account a PSL holder’s ability to resell each individual game tickets, which of course would increase in price if the team improves and is winning.

Now let’s look at a PSL investment that would be deep in the red had you purchased a PSL when they first came available.  For this, we of course must turn to the lowly New York Jets. PSLs for the Jets at MetLife stadium became available for purchase prior to MetLife opening, in part to finance the construction of the stadium (much like how the Bills will offer their PSLs).  To understand what a PSL investment by a Jets fan looks like now, I again compared PSL pricing for a specific section on the team’s official pricing against what is currently available on third party marketplaces. As of now, on the Jets official website, Row 104 lower endzone PSLs are listed at $4,000.  However, on PSL Source second-hand market, it appears as if one can purchase a PSL for Row 104 for as low as $450.  This represents a staggering 89% decrease in the price of the PSL.  This is just the price of the PSL itself.  In 2018, The Jets announced that they would be reducing the price of season tickets to prices LOWER than they were in 2010 when the Jest first moved into MetLife.  This would have represented another hit to PSL holders’ bottom lines.  Also, as a bad team continues to play through a season, it is inevitable that the resale value of individual games takes a massive hit, representing another source of financial loss for those who invested in PSLs early on.

It is clear that PSLs represent the best and worst aspects of the ‘Ultimate Futures Bet’ on your hometown NFL team. These PSLs represent a potentially great investment with huge returns or possibly a monumental loss, not just on the resale price of the license, but on the resale price of each of the 8 home games you can purchase and resell tickets for each year.  As PSLs are new to Bills fans I thought this was a fun exercise to understand PSLs and the financial ramifications of purchasing them as soon as they go on sale for the first time.  As the Bills franchise is in a seemingly great place as a title contender with a 25-year-old franchise quarterback, it may be the right time to invest in Bills PSLs once they are made available to help fund the construction of the new stadium. 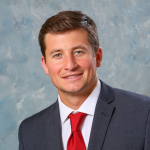