As Raiders wide receiver Davante Adams walked off the field following a gut-wrenching defeat Monday night, he was captured taking his frustrations out on a cameraman in footage that quickly went viral.[1]

Adams had two touchdown receptions on Monday, including one that slashed the Chiefs’ lead to one point late in the fourth quarter. [2] As time quickly expired, he had a pivotal reception overturned on review before wide receiver Hunter Renfrow ultimately collided with him on a fourth-down attempt that ended the game with just 47 seconds remaining.[3]

In his frustration, Adams was seen slamming his helmet not long before the incident in the tunnel occurred. Ryan Zebley, an ESPN freelance cameraman, crossed in front of him as Adams was exiting the tunnel and was sent crashing into the ground.

The receiver immediately apologized in his post-game presser.[4]

“Before I answer anything else, I want to apologize to the guy — some guy running off the field,” Adams told reporters. “When he ran, he jumped in front of me coming off the field and I bumped into him and kind of pushed him and I think he ended up on the ground. So, I want to say sorry to him for that because that was just frustration mixed with him literally just running in front of me. Shouldn’t have responded that way, but that’s how I initially responded, so, want to apologize for that.”

“Sorry to the guy I pushed over after the game. Obviously very frustrated at the way the game ended and when he ran infront of me as I exited that was my reaction and I felt horrible immediately. Thats not me..MY APOLOGIES man hope you see this.”

In the meantime, the victim filed a report with Kansas City (Missouri) Police Department after the game.[6] The incident report claims he arranged for private transport to the hospital “which at this time he called the police.” Zebley purportedly suffered whiplash, a headache, and potentially a minor headache according to the citation. All of which have been found preliminarily non-life threatening.

Following the investigation, Adams has now been apparently charged with misdemeanor assault yet there seems to be some slight confusion. NFL insider Ian Rapoport offered some clarification via Twitter.[7]

“Point of clarity on #Raiders WR Davante Adams: He has been charged with a city ordinance violation, which is a little lower than a state misdemeanor assault charge, per the prosecutor’s office. It carries a fine of $250 to $1K or up to 180 days in jail or both.”

However, the general consensus seems to be on the slightly weightier misdemeanor assault charge. In Missouri, this can carry up to a one-year jail sentence and a fine up to $2,000.[8] There are rumblings the league is also mulling over a potential suspension, but with the Raiders on a bye week, there is no need to be as expeditious as usual.[9]

Raiders head coach, Josh McDaniels, has since come out in full support of the receiver while remarking on the unfortunate nature of the situation: “As a person, he’s a great guy…[w]e obviously don’t want any of our guys doing anything like that. He knows that…I know the person; I don’t think there was any intent behind it, on his part.”[10]

McDaniels confirmed that they will be doing anything the NFL asks of them and will be in full compliance should the league decide to administer their own fine or suspension.

Zebel was a freelance employee working for ESPN at the time of the incident. Networks will typically hire local residents to supplant direct employees from having to go stadium to stadium all over the country, giving them a clear interest in ensuring its employees will be protected against such harm befalling them during the course of their employment. Confrontation with the NFL itself is arguably not in the network’s best interest, but protection of its employees should be a priority and ESPN has so far remained completely and utterly silent on the issue.

The NFL itself has now been faced with two police reports against its athletes in a span of a few days concerning on field confrontations with non-players. A fan, who illegally entered the field, was tackled by LA Rams Bobby Wagner and filed a police report claiming he suffered a concussion from the “blatant assault.”[11] A security guard was hurt in pursuit of the fan, which prompted Wagner and Takkarist McKinley to take matters into their own hands and physically apprehend the trespasser.

Wagner seems unbothered by the charges filed against him and there doesn’t seem to be grounds for any serious concern. There is very little precedent for professional athletes to face legal liability stemming from gameday violence. In Wagner’s case, the fan illegally entered the field with a suspect apparatus heading towards him and his teammates. Questions should be directed moreso to stadium security who allowed the man to penetrate the secure area in the first place. Further, a reasonable person entering that scenario would likely assume the risk of being tackled at some point–whether it be by security or someone else on the playing field.

Regardless, The NFL needs to take a comprehensive look of what has happened over the past two weeks. Adams was the primary wrongdoer in this case, but had there been better procedure in place to manage the flow of foot traffic or had some semblance of order been maintained, this could arguably qualify as a preventable occurrence.

It’s time to take a broad view of what and how it happened to protect players and workers alike. 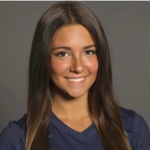