FIFA has not been fulfilling its human rights responsibilities by refusing to commit to compensate migrant workers and their families for abuses that they sustained when preparing for and delivering the 2022 World Cup in Qatar. There has been a coalition of organizations that have been fighting for just compensation for the migrant workers who have helped prepare for this tournament, but FIFA is still refusing to do the right thing and support these workers.

FIFA has established a Legacy Fund from a percentage of its World Cup commercial revenue to provide educational resources in developing countries and create an organization focused on the best labor practices, but they failed to include a provision for workers compensation. Gianni Infantino, FIFA President, also made some misleading comments that workers can receive payment through an existing mechanism, when in reality it does not compensate on any meaningful scale related to deaths, wage theft, or injuries[1].

Tiran Hassan, the Human Rights Watch acting executive director, called FIFA’s efforts egregious whitewashing of serious abuses against the migrant workers in Qatar. She also said FIFA’s efforts were a sinister tactic to avoid compensating workers and their families for the injuries, wages, and deaths that they have sustained through the dangerous work they have undertaken while in Qatar. Qatari authorities have not disclosed specific information about the $350 million they say was paid to migrant workers as compensation for wage theft, despite requests from Human Rights Watch and Amnesty International. Studies have also found that it is difficult for victims to access existing compensation mechanisms, payments are limited, and it is almost impossible for workers or their families to apply for compensation after they have returned to their home countries[2]. The main problem is that in most cases, the families of migrant workers who died in Qatar are not entitled to compensation because authorities have classified the deaths as due to “natural causes” or “cardiac arrest” without properly investigating the underlying cause. Under Qatar’s labor law, only deaths and injuries that are work-related require employers to pay compensation[3].

In February 2021, The Guardian reported that 6,500 migrant workers had died in Qatar since the country was awarded the World Cup in 2010. FIFA continues to cash in on billions of dollars in revenue per year, but it has still refused to offer anything for the families of migrant workers who have died[4]. Steve Cockburn, the Head of Economic and Social Justice at Amnesty International, said, “By changing course, FIFA could make a lasting difference to the lives of the true heroes behind the World Cup. Many thousands of migrant workers have paid illegal fees, had wages stolen or even lost their lives to make the world’s most lucrative sporting event possible. It would be outrageous for FIFA’s Legacy Fund not to recognize their contribution and compensate them for their losses[5].”

Since the launch of the #PayUpFIFA campaign on May 19, calls for compensation from migrant workers who have suffered abuses related to the 2022 World Cup in Qatar have increased. The campaign, launched by a global coalition of human rights organizations, migrant rights groups, labor unions, and fan groups, called on FIFA to establish a comprehensive program with Qatar to provide remedies for these abuses. FIFA did not conduct adequate human rights due diligence when it awarded the World Cup to Qatar and has not taken effective measures to address the abuses since then[6]. FIFA has completely tuned out the demands from migrant workers and hopefully something will be done to rectify this terrible situation. So many lives have been lost with no compensation, and if FIFA wants to make this situation right, the first step would be to adequately compensate those workers or the families who have lost loved ones because of the construction of the World Cup in Qatar. 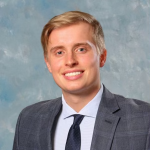