So here we are again. Tua Tagovailoa is in the NFL Concussion Protocol after suffering a head injury against the Green Bay Packers on Sunday, his second diagnosed concussion of the season. The NFLPA is once again investigating.

After the controversy surrounding the first (and second) head injury, this one seemed fairly straight forward. Dolphins head coach Mike McDaniel said that they had questions about Tua’s health.[1] After meeting with team doctors, the quarterback was placed in the new NFL concussion protocol. His status for next week’s game against the Patriots is in doubt.[2] McDaniel mentioned that he could not pinpoint a moment in the game where Tua might have been injured, but some sources disagree, and the stats back it up.

With 2:40 remaining in the 2nd Quarter, Tua was wrapped up and brought down after shoveling a pass to his tight end Durham Smyth. When he went to ground, Tua was twisted and the back of his helmet slammed into the grass at Hard Rock Stadium, similar to how he injured his head in Cincinnati earlier in the season.

If those numbers don’t scream “concussion!” I don’t know what does. NFL Chief Medical Officer Dr. Allen Sills said there were two reasons that Tua was not pulled from the game: first, he didn’t display any immediate symptoms, and second, he didn’t report to any team doctors.[4] Its relatively nauseating that the independent neuro doctors and concussion spotters didn’t think to investigate after seeing that hit. Nor did any of the Dolphins players or coaching staff.

Now the NFL and NFLPA are launching a joint investigation into the Dolphins handling of the situation for the second time this season, and will report what they find.[5] The previous investigation prompted major reforms to the NFL concussion protocol, we will see what this one brings.[6] Multiple NFL athletes and pundits have publicly weighed in on the situation, suggesting that Tua think long and hard about continuing to play football and putting his current and future health at risk. 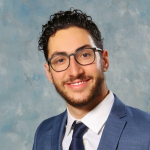