Tide knew it had a winner this year. This is clear by the advertising strategy the company employed during this year’s annual crop of Super Bowl commercials. Not only did Tide hire Hawkins Chief of Police, Jim Hopper, (Stranger Things reference for Hulu subscribers) to be its spokesperson, but the company used a per-quarter advertising strategy, with one of the most clever slogan’s I’ve heard in a long time. Yes, even better than “Dilly Dilly.”

Tide is one of the most recognizable brands in the world, and by far the market leader in detergent with almost double the sales of its nearest competitor.  Unless the company are trying to overshadow the #TidePodChallenege, its advertisements are more of just a reminder to wash your clothes. However, when a company wants to stay on top, Super Bowl ad slots can solidify dominance.

The “four-quarter strategy” was created by London-based advertising agency Saatchi and Saatchi, and employs a 45-second commercial in the 1st quarter of the Super Bowl, followed by three 15-second commercials in the remaining quarters of the big game. The commercial gets the audience much more involved than the others by challenging the consumer and keeping Tide on their minds in every commercial following.

The first ad is a set-up for the rest, and is centered around David Harbour, the actual name of the actor, acting out a series of very basic, but well-known general advertisements for products like beer, deodorant, jewelry and cars. The play is that every outfit on the characters in the commercial are perfectly clean, a theme throughout all four spots. Harbour points out, at the end of the first commercial, that “of course” it’s a Tide ad because all the clothes have no stains. The best part is when Harbour asks the audience, “so does this mean that every Super Bowl ad, is a Tide ad?”

Even in the following Tide commercials, the company continues that theme to bring the audience back to the hunt of deciding if every ad, is in fact, a Tide ad. While the 45-second first commercial was a great set-up for the game, if consumers missed it, it was also relatively easy for them to understand the message in the shorter following ones.

Why this advertisement is so creative is because it takes the audience, and transfixes them on looking at the clothing of every commercial that follows. Obviously, the other commercials aren’t going to put their actors on TV in rags, so the clothes will almost always be clean. It allows the audience to play along and look for stains, but very ingeniously connects clean clothes to Tide in the mind of the consumers. By just playing a small game, the audience members associate the clean clothes in all other advertisements with Tide, and in theory, will then buy Tide for their clothes.

The other great part of these advertisements are that they completely ruin any message the following advertisers are pushing. Because the audience is so focused on looking for stains, they aren’t even paying attention to the actual advertisement. Even in the Taco Bell ad, which actually had a ketchup stain on multiple shirts, thus technically not being a Tide ad according to Harbour, still keeps the audience playing along.

Tide was the unquestioned winner of Super Bowl commercials. Even though I personally was more entertained by the Peter Dinklage-Morgan Freeman Doritos commercial, Odell Beckham Jr.-Eli Manning Dirty Dancing commercial, and the Danny DeVito M&Ms commercial, there were no stains on the clothing. So doesn’t that make all those ads, just more Tide ads? 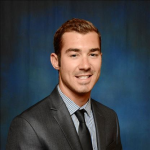